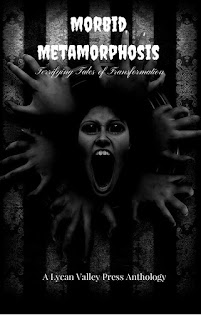 I had the honor of doing a book trailer for "Morbid Metamorphosis - Terrifying Tales of Transformation." The horror anthology is due out this June by Lycan Valley Press.

https://youtu.be/yO2xcq0FoXo
Posted by Kevin Hopson at 8:25 AM 2 comments:

A book trailer for Pursuing the Dead

Even though it's a year or so away from being released, I've put together a book trailer for Pursuing the Dead.

https://youtu.be/VztFXc-QiPU
Posted by Kevin Hopson at 5:17 AM No comments:

Pursuing the Dead - The third story in my Jacob Schmidt series 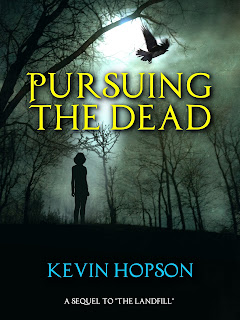 My story, Pursuing the Dead, has found a home with MuseItUp Publishing. This is an interesting story because it's both a sequel and a crossover. It's technically a sequel to my dark fiction story, The Landfill, but it pulls characters from my Jacob Schmidt series as well. It's due out in the spring/summer of 2017. This is the cover for the print book.
Posted by Kevin Hopson at 3:00 AM No comments: 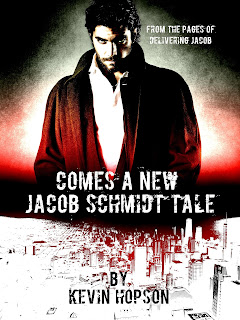 Since my Jacob Schmidt character is quickly turning into a series, my plan is to post flash fiction pieces every once in a while that relate to the character (as well as his partner, Dinah Peterson). Below is a story titled Scare Tactics.

“You’re certain he’s here?” Dinah asked, sitting in her car along the street.
Dinah’s business partner, Jacob, spoke into her earpiece. “Is there a gray Honda Accord in the driveway?”
She looked. Sure enough, a vehicle matching that model was parked along the side of the garage. “Yes.”
“Then he’s there. I just tailed him from work. I’m hanging back a couple of blocks.”
Dinah exited the car with a large envelope in hand. She didn’t care much for this part of the job, but private investigators were often used as process servers, especially when it involved difficult individuals. A local law firm contacted her and Jacob after an attorney service company they used failed to serve the man.
That was the firm’s first mistake. Attorney service employees only got paid when they successfully served papers, so they concentrated on volume and not etiquette. More times than not, they’d bang on doors and tip off people with their behavior. It was still effective when you were dealing with your average Joe, but it rarely worked with higher profile people. They could smell servers coming a mile away. The firm needed the man as a key witness in one of their cases, but now he was being evasive.
Dinah walked the length of the driveway, making her way to the covered front porch. It was your typical suburban house in middle-class America. Normally dressed in a business suit, she wore blue jeans and a cream blouse. Jacob thought a woman would be less threatening, particularly a casually-dressed one. Dinah agreed, so she went along with it, even letting her hair down.
She climbed the steps, trying to make as little noise as possible. Though Dinah was normally calm and collected, she could feel the perspiration building beneath her armpits. With her heart rate accelerated, she took a big breath and put her ear to the door. Dinah heard a male and female talking inside—a good sign.
Dinah put her fist to the door. Without being too aggressive, she knocked loud enough for them to hear. The discussion on the other side of the door quickly came to a halt. She waited thirty seconds or so before knocking again. Still no answer, and the silence continued. Dinah gave them a minute, but they were clearly avoiding her.
“They’re not answering,” she said.
“As expected,” Jacob said.
“I’m positive he’s in there, though. I heard voices.”
“Can you get a visual?”
Dinah descended the steps and stood in the front yard, staring up at the house. A couple of minutes passed, and then she noticed movement in one of the second-floor windows.
“I just saw a white male… bald… on the second level.”
“That fits the description,” Jacob said. “Make the call.”
Dinah took out her cell phone and tapped the screen. “I’m calling now.”
“Let it go to voice mail, and make sure they can hear you inside the house.”
She’d called Jacob’s office phone, and she waited for the beep before speaking.
“Hi,” she said with a booming voice. “This is Dinah Peterson. I’m at 2789 Gateway Road. Mr. Silva is definitely home, but he’s refusing to come to the door. I think we should start preparing an Affidavit of Attempted Service. He’s obviously evading our service.” She paused. “Yes. I think it’s time to request Substitute Service. I realize this will add to his court costs, but there’s nothing I can do.” Dinah stopped again as if someone on the other end were speaking to her. “I know. It will cost him several thousand dollars, but he’s not cooperating.” She nodded for a few seconds. “Thank you.”
Dinah terminated the call and looked back at the street, pondering her next move.
“Nice,” Jacob said.
Before she could respond, Dinah heard a jiggling noise behind her. As she turned, the door opened, and a male appeared.
“Can I help you?” the man said.
Dinah approached the door. “Frank Silva?”
The man hesitated. His body language didn’t reveal anything either. “Yes,” he finally said.
Dinah extended her hand, and Frank cautiously took the envelope.
“Thank you,” she said. “You’ve been served.”
Posted by Kevin Hopson at 3:00 AM 2 comments:

Below is a short story titled Azalea's Choice. It touches on a very sensitive subject, but the point of it isn't whether it's right or wrong. It's about the tough choices we often have to make in life. This was done for a very specialized theme. Though the publisher liked it a lot, they couldn't move forward with the project, so I'm posting it here for people to read.

It's release day for Vargrom! 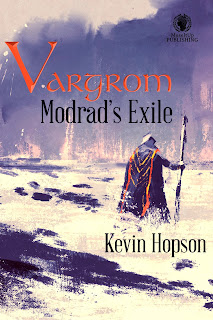 Vargrom: Modrad's Exile is now available for Kindle, etc. If you have purchased a copy of the book, please let me know, and I will offer you a choice of free gifts. Either a copy of The Fire King, which is where we first meet Modrad, or a copy of the audio book for Vargrom.

Posted by Kevin Hopson at 6:36 AM No comments:

A follow-up to Delivering Jacob 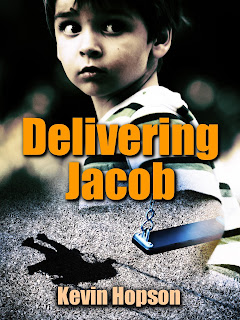 I'm happy to announce that I just signed another contract with MuseItUp Publishing. My short story, Children of the Snow, will be a follow-up to Delivering Jacob. I wouldn't call it a true sequel since it takes place a few years in the future and it falls under a different genre (dark fiction), but detective Jacob Schmidt will be back. I also put together a teaser trailer for the book, which you can view below.